It has come to the notice of the membership of the FGCC that another organisation is DARING to call itself the FGCC just because they play cricket! What is worse, they have bagged the web domain name of FGCC, though our selection of ‘Thefgcc.org’ speaks for itself.THE CRANFORD CHRONICLES SAYS: This is outrageous!!!!! Do they not know with whom they are dealing? 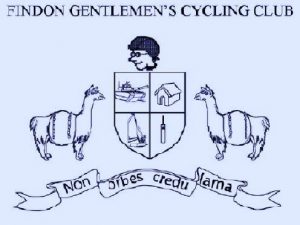 Do they not know that this is just NOT cricket?

THE CRANFORD CHRONICLES CAMPAIGNS: Yet again the CRANFORD CHRONICLES has to campaign for its members. These pretenders are in for a shock. They seem to think that just because they are nestled across the border in Surrey that they are shielded and can get away with this. Let us tell you, THEY CANNOT.
Do they not know that we too have men based in Surrey, equipped and ready to do battle? Do they not know that the real FGCC have within its membership proud, brave and decorated men ready to act for the cause? Do
they not know that we have affiliations of our own to cricket clubs – and what’s more, cricket clubs that “go on tour” !

THE CRANFORD CHRONICLES SAYS to the pretend FGCC: Lock up your pavilions! Our boys are coming “on tour” Expect disruption at your matches. Expect to see tyre tracks across the crease. Expect to see our club colours dawbed all over your pavilion. We have our own tank don’t you know! We employ viking men. We have a member whose blood line goes right back to the Normans (via the French Resistance). We have people who originate from Enfield! One of our Surrey members is big in the world of blades!

Watch out for future editions of the CRANFORD CHRONICLES for more news.