The Tank – in memoriam

A report from the West Sussex County Times dates 2nd September 2019 reports
“A South Downs landmark, which has been on Kithurst Hill since the second world war, has been removed. 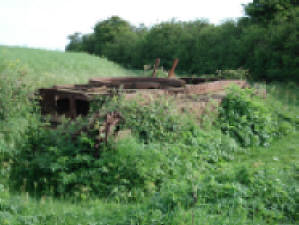 A mark two Churchill tank has mysteriously been removed from its resting place, prompting a large public outcry from residents.
The tank, which had reportedly suffered mechanical issues during the war, was rolled into a bomb crater during the post war clean up operation, a Horsham District Year of Culture blog said.

The landmark was featured as one of the Year of Culture’s ‘hidden gems’.

It was unearthed in 1993 by the Royal Electrical and Mechanical Engineers with the salvageable parts sent to the Bovington Tank Museum.

But the historic vehicle, which has proved a popular landmark for walkers and residents, was removed over the weekend.”

The tank has featured in FGCC rides since the creation of the FGCC providing the setting for many BBQ breakfasts and other occasions and will be sadly missed.

Rumour has it that the tank has found its way to Normandy where it will feature in a WW2 British museum.

Some photos to remember the Tank: 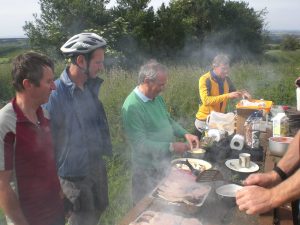 Brek at the Tank 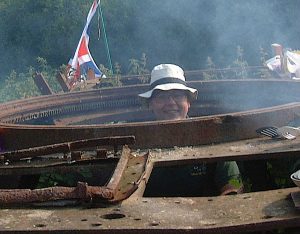 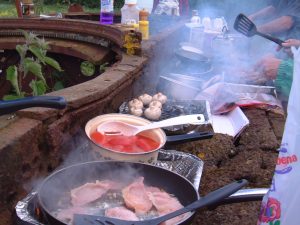 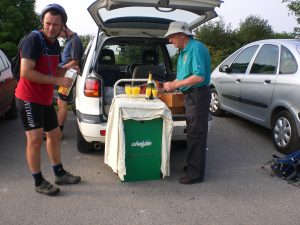 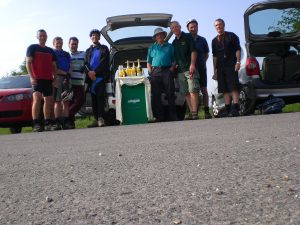 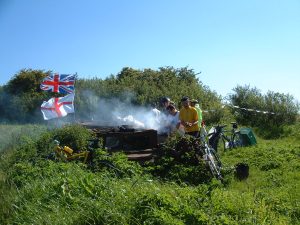 Flags flying at the Jubilee Brek 2002. 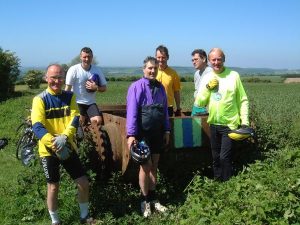 Helmets doffed as the FGCC ode to the fallen is recited 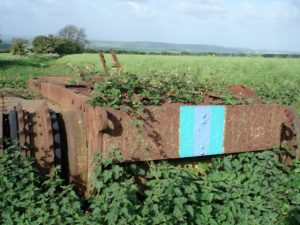 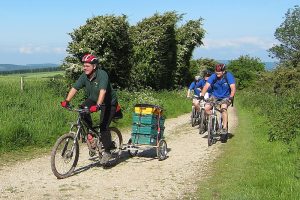 Transporting the victuals for a brek. 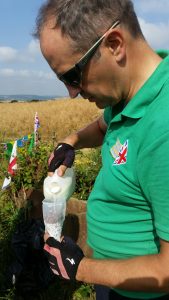 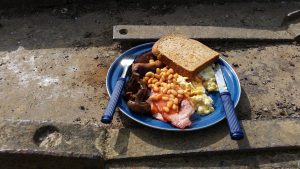 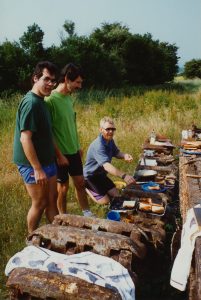 The early days – 1995 when the tank still had tracks 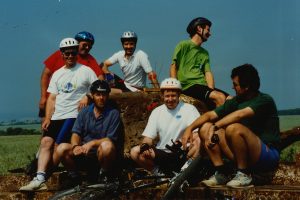 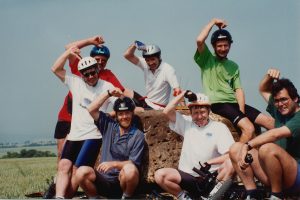